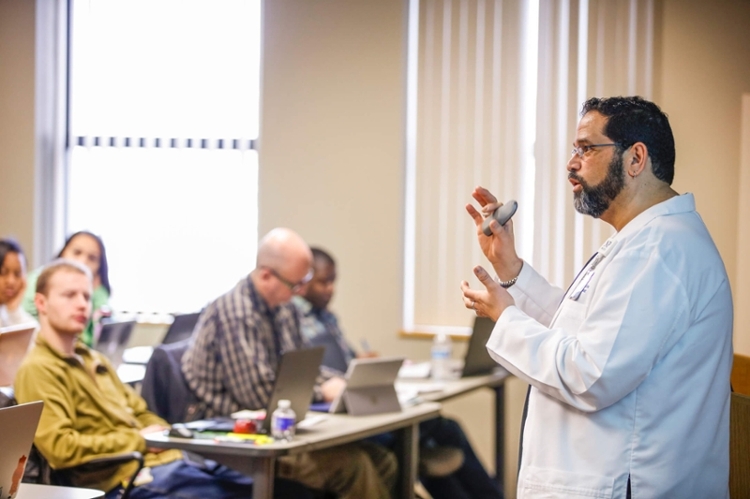 The University of Rochester School of Nursing made a big move in the highest-profile rankings of master’s nursing programs. The school jumped nine places, landing at No. 26 in the 2021 Best Graduate Schools guide produced by U.S. News and World Report.

The ranking is the school’s best showing in the publication since coming in at No. 29 in 2004, when nursing schools were featured on a quadrennial basis.

The UR School of Nursing’s doctor of nursing practice program ranked No. 40 in 2021, keeping the school as one of only three institutions in the state — and the only one outside of New York City — ranked in the top 40 for both master’s and doctoral programs.

“While we’re proud to rank among the best nursing schools in the nation, we know that subjective measures like these are just one of many ways to gauge the success of an institution,” said Dean Kathy Rideout, EdD, PPCNP-BC, FNAP. “I’m most proud of the innovative and forward-thinking work of our faculty and staff across all three missions of the school – research, education, and practice – and the development of students into talented health care providers for future generations.”

The U.S. News rankings are conducted annually, and each school’s overall score is based on indicators in categories such as: student selectivity and program size, faculty resources, and research activity. The largest factor in the ranking is peer assessments provided by nursing school deans. Additional information on the nursing program rankings can be found at www.usnews.com.