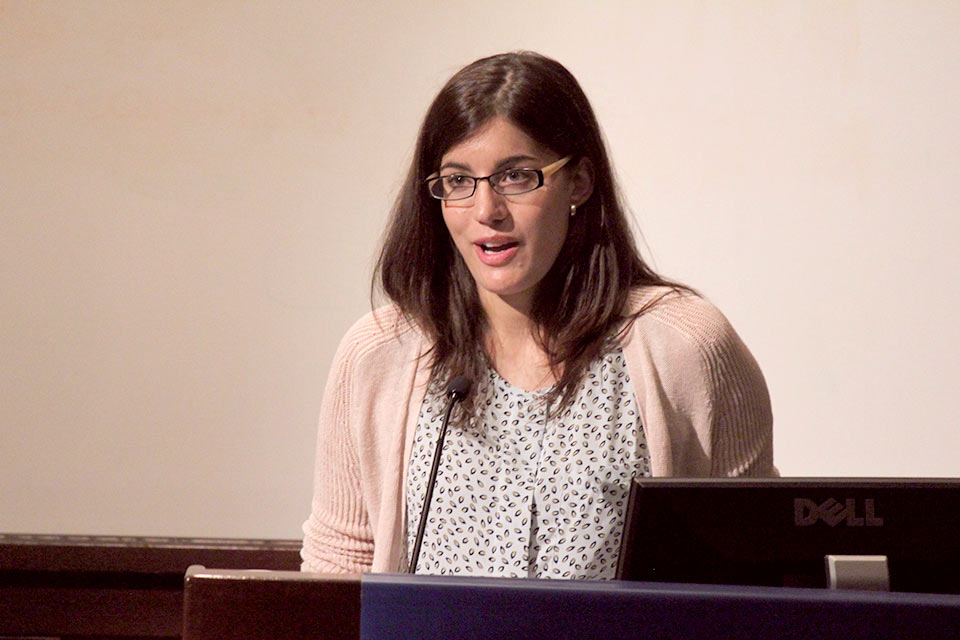 The UR School of Nursing welcomed more than 500 new and returning students and recognized several scholars’ accomplishments at its convocation Sept. 6.

“Two of my favorite days are graduation and convocation,” said Rideout. “At graduation, obviously, we celebrate the success of all the hard work our students have done and wish them the best in their new careers as clinicians, educators, researchers, and new leaders. Convocation is just as exciting. It’s a time when we as faculty, administration and staff pledge to work with you and assure you success in whatever your program of study.”

The school’s incoming cohort includes 66 diverse students in the 12-month Accelerated Bachelor’s Program for Non-Nurses (ABPNN), who hail from a dozen states and countries, including France, South Korea, Bangladesh, Nigeria, Canada, India, Bosnia and the UK. Among the three cohorts in the APNN program (starting in August, May, and January), 21 percent of students are males—more than two times the national average of male nurses in the workforce—and 30 percent are from traditionally underrepresented groups.