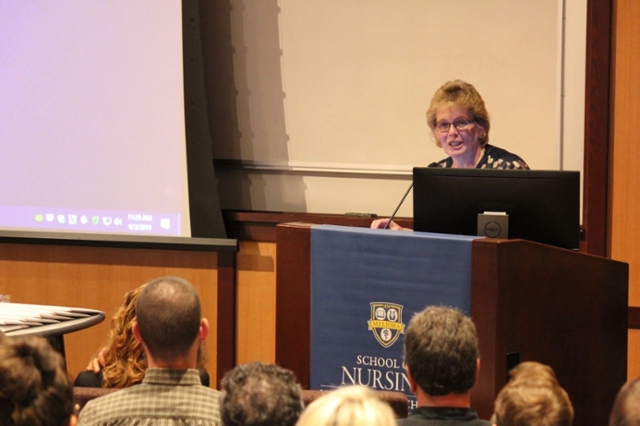 The University of Rochester School of Nursing ushered in a new academic year at its opening convocation ceremony on Sept. 3.

Nearly 200 guests filled the auditorium in Helen Wood Hall and more watched from an overflow classroom as the school officially kicked off the fall semester with an event welcoming its students and celebrating some of its top scholars.

New University President Sarah Mangelsdorf opened the ceremony highlighting some of the school’s achievements from the past academic year and the diversity of the new incoming class of students in the Accelerated Bachelor’s Program for Non-Nurses (ABPNN). She was followed by Medical Center CEO and Dean of the School of Medicine and Dentistry Mark B. Taubman, MD, and University of Rochester Medical Center Vice President and Dean of the School of Nursing Kathy Rideout, EdD, PPCNP-BC, FNAP, who shared their welcome remarks. 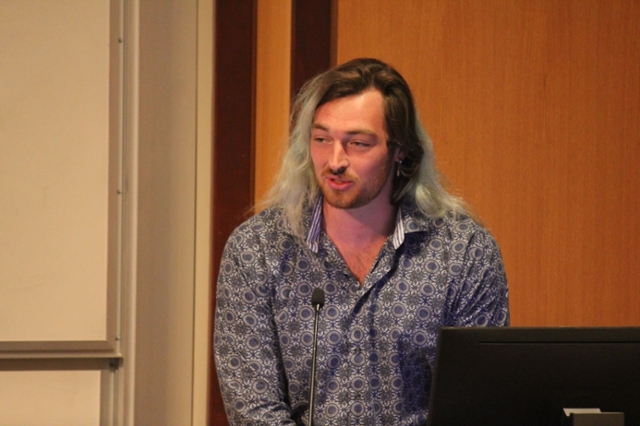 Among the winners were:

The School of Nursing begins the 2019-20 academic year with a booming enrollment, welcoming 235 new students for the start of the fall semester, an increase of 73 percent from the previous year. Among them, a supersized class of 80 in the highly competitive ABPNN, which drew students from eight countries and 13 different states across the U.S. Representative of the diversity that is a hallmark of the School of Nursing, 38 percent of the students are from underrepresented groups in nursing and 21 percent are males, a figure more than two times the national average of men in the nursing workforce.