Elaine Andolina, MS, RN, an adored University of Rochester School of Nursing faculty member and administrator, whose extraordinary personal touches helped ease the transition into nursing school for thousands of new students, died Jan. 11. She was 67. 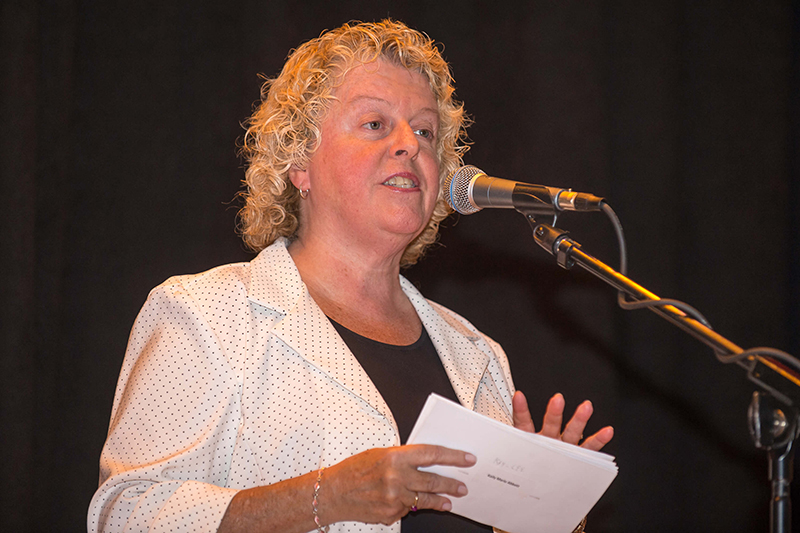 For nearly 20 years, Andolina was the erstwhile face of the UR School of Nursing’s admissions office. She led the school’s recruitment efforts through the terms of four deans, welcoming prospective students with her characteristic support, guidance, and warmth. In a time when technology was revolutionizing and automating much of the college admissions process, Andolina remained focused on providing individual attention to each potential student. She was well-known for sending handwritten notes to newly admitted students and maintaining a photographic command of details relating to nurses many years after they graduated.

Under Andolina’s leadership, enrollment at the School of Nursing expanded significantly. The Accelerated Programs for Non-Nurses, which Andolina had co-directed since 2007, has grown nearly 800 percent since the program’s inception 15 years ago. The rigorous bachelor’s program started with just 23 students in 2003 and now prepares nearly 200 students each year – across three cohorts – to become registered nurses.

“Elaine was not only an amazing leader and beloved colleague, but a dear friend and a ‘mother’ and ‘sister’ to many of us at the School of Nursing,” said Dean Kathy Rideout, EdD, PPCNP-BC, FNAP. “We are all heartbroken.”

In 2013, Andolina was recognized by the School of Nursing with its Professional Advancement Award. A year later, the American Association of Colleges of Nursing presented her with their Graduate Nursing Admissions Professionals Annual Award for Extraordinary Service. She previously received the Leadership Award from the New York Organization of Nurse Executives (2010), the GEM Mentor Award from the U.S. Department of Labor (2004), the UR School of Nursing’s Faculty Hero Award (2005), and the UR Nursing Outstanding Support Award (1999). 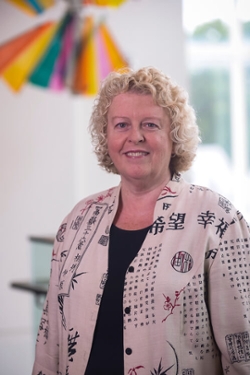 “Elaine was an integral member of the Rochester Area Schools of Nursing Committee for many years. She worked tirelessly to ensure that nursing students had valuable educational experiences,” said Sarah Lesniak, MS, RN-BC, CSPHA, senior nurse educator and affiliated schools coordinator for the URMC Center for Nursing Professional Development. “Elaine’s dedication to the profession of nursing and collaboration with the hospital was essential to the success and growth of our future nurses. She will be greatly missed.”

Andolina first joined the UR School of Nursing in 1996 as an admissions counselor and recruitment coordinator. She joined the teaching faculty and was named Director of Admissions in 1999 and was promoted to assistant professor in 2005.

She also served as director of the childbirth education program at Rochester Gynecologic and Obstetric Associates from 1985 to 2011, served as a visiting lecturer and program director at SUNY Brockport (1979-85), and worked as a private instructor, tutor and editor. She began her nursing career in pediatrics at Sibley Memorial Hospital in Washington, D.C. in 1973 after earning her bachelor’s in nursing from Georgetown University. Andolina added a master’s degree in adult health from the University of Rochester in 1979.

In lieu of flowers, memorial contributions may be made to the URSON Scholarship Fund, University of Rochester School of Nursing, 300 East River Road, Box 270032, Rochester, NY 14627, attn: Andrea Allen.