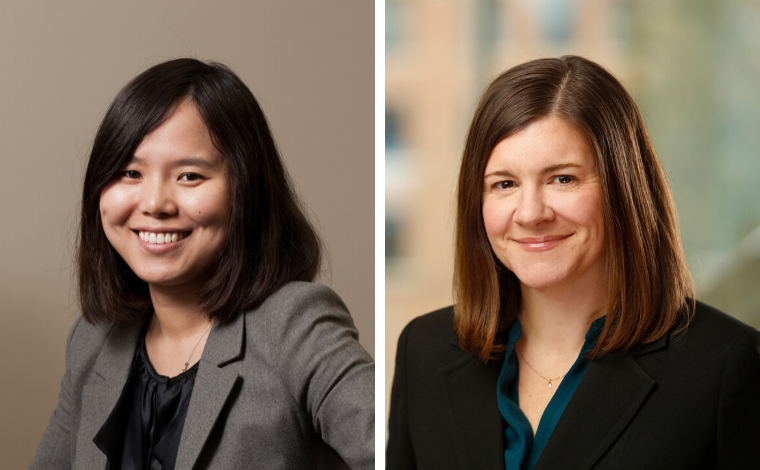 The National Institutes of Health (NIH) recently awarded $3 million to the University of Rochester School of Nursing to study the cognitive health in older adults at risk for dementia.

The award is a continuation of Lin’s original grant, “Neurophysiological aspects of vision-based speed of processing cognitive training in older adults with mild cognitive impairment.”

Lin and Heffner published their results from the grant in two papers, “Autonomic flexibility reflects learning and associated neuroplasticity in old age,” which was accepted for publication in Human Brain Mapping, and ”Processing speed and attention training modifies autonomic flexibility: A mechanistic intervention study,” which was accepted for publication in the June issue of Neuroimage.

Additionally, results from the study may reduce the burden of dementia for patients, caregivers, and the health system.

Lin and Heffner’s project to grow an understanding of the long-term effects of cognitive training and the lasting public health concerns of stress-related neurodegeneration is a cornerstone of the UR School of Nursing’s Elaine C. Hubbard Center for Nursing Research on Aging.

The center, co-directed by Heffner and Lin, provides partnerships around federally-funded research projects, study programs, and a range of services to advance research on preventing and managing chronic illness in vulnerable people.

Their collaboration also extends to the partnering Rochester Roybal Center for Social Ties & Aging Research (STAR), co-directed by Heffner and Associate Professor of Psychiatry Kimberly Van Orden, PhD, and where Lin serves on the leadership team.

In January, Heffner and Van Orden received a $3.6 million grant from the NIH to fund the STAR Center.

The STAR Center's mission is to foster multidisciplinary research collaborations and pilot studies that make a significant impact on the problem of social disconnection in older caregivers of family members with Alzheimer’s Disease and related dementias.

Lin and Heffner are also the first UR School of Nursing faculty members to be honored with the Marie C. Wilson and Joseph C. Wilson Professorship.

First established in 1967 through gifts of Joseph C. Wilson and his wife Marie Curran Wilson, the professorship is granted to elevate the educational, intellectual, and academic quality of the University and support the distinguished professorships across the institution. Wilson Professorships have a three-year term and are awarded to faculty members by the provost through a competitive process every three years.

An associate professor of nursing, psychiatry, and medicine, director of the Stress and Aging Research Laboratory, and associate chief of research for the Division of Geriatrics and Aging in Medicine, Heffner’s work has primarily focused on the implications of stress for healthy aging and the role of social relationships in stress and health links.

Heffner is in the final year of two National Institutes of Aging-funded clinical trials evaluating behavioral interventions to strengthen the immune systems of older caregivers of a family member with Alzheimer’s Disease and related dementias—a group whose immune systems are often taxed by stress. Lin collaborates with Heffner on this research as well.

“We need novel and impactful ways to prevent or slow cognitive decline and Alzheimer’s disease and related dementias, and reduce the burden of dementia on families. We are thrilled that this funding will allow us to continue advancing behavioral interventions that can effectively target the body and brain to achieve this goal,” said Heffner.