"The University Midwifery Group seeks to practice authentic midwifery,” said second-year midwife Caroline Kern, CNM, MSN, WHNP-BC. “After midwifery school I applied all over the country but I chose to join this practice because of who these women are, their force in numbers, and long history. It is a gift for me to work with and learn from these supportive midwives.” 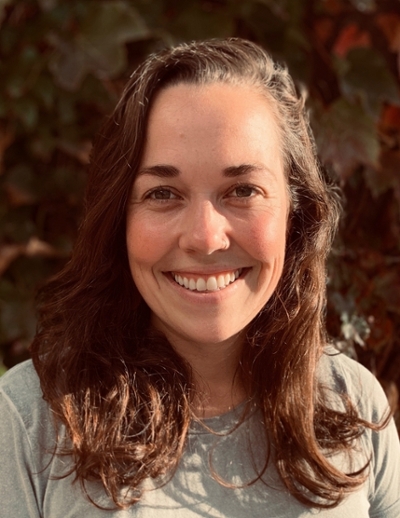 Although Kern’s undergrad degree was in sociology and psychology, she developed an interest in reproductive health and decided to study more after graduation. After a semester in India learning from midwives, she was inspired to become one and make a focus of her career working with the underserved.

“I was really intrigued by how much midwives were part of the community in India,” she said. “When I came home I sought that out. I shadowed midwives and explored what I needed to do to get into the health realm.” She then earned her RN and her master's degree at Yale University and became a vertified nurse midwife and a women’s health nurse practitioner.

Kern was the recipient of a Nurse Corps scholarship which commits her to work for underserved populations for three years. That’s a commitment she is happy to keep, and she is doing just that at the midwife practice on Culver Road. “We are a very busy practice,” said Kern, “and it’s my honor to be a health care provider, a listening ear, a guide, an advocate, a coach, and someone who empowers women.”

She appreciates that there is also a social worker in that practice. “We are not just treating medical issues,” said Kern. “We are creating a safe space where women feel comfortable and willing to share. We are concerned about the mental health of our patients as well and that has certainly been exacerbated by COVID.”

Kern is looking forward to mentoring and teaching new midwives. “Midwifery is a wonderful profession,” she says. “It can be stressful and scary at times but there is nothing like being part of the birth process and being with a family in such an intimate and joyful moment.”