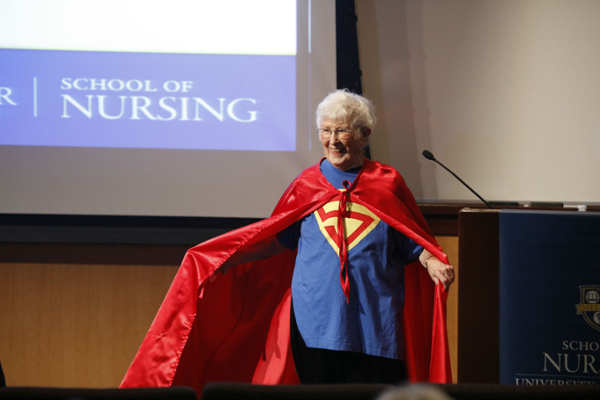 On the last Sunday of 2020, Loretta Ford walked out of the front door of her Florida home and was greeted by a parade of passing golf carts.

The nursing legend was one day away from her 100th birthday, and her friends and neighbors surprised her by putting on a physically distant celebration. As longtime friends and former colleagues watched on Zoom, Ford opened gifts and watched a stream of golf carts decorated with balloons and banners putter by. One cart was filled with banners representing the University of Rochester School of Nursing, where Ford built on an already prominent role in the profession by becoming the school’s founding dean. But there was also the somewhat curious appearance of a Susan B. Anthony impersonator and a host of other suffragettes.

Curious, that is, unless you’d spent any time around Ford in the run up to her landmark year.