Kathy Rideout to Step Down as Dean of School of Nursing 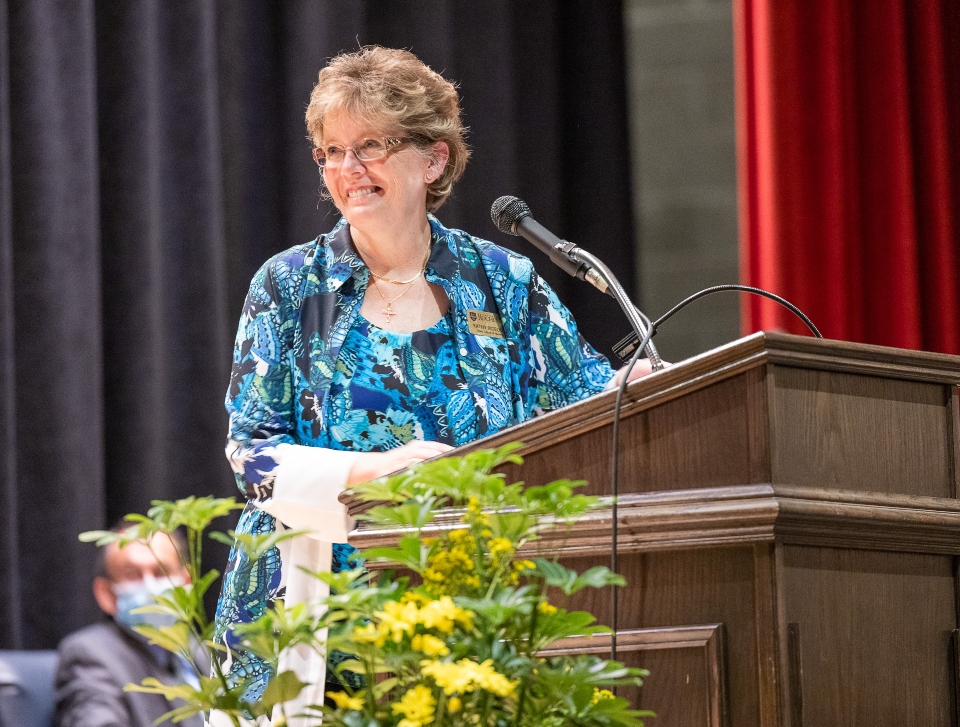 Kathy Rideout, EdD, PPCNP-BC, FNAP, who sparked a period of growth and renewed prominence at the University of Rochester School of Nursing in more than a decade as dean, will step down as the school’s top leader effective June 30.

A member of the UR School of Nursing faculty for more than 35 years, Rideout was officially installed as the school’s fifth dean in 2012 after serving in an interim capacity the previous year. She was named a vice president at the University of Rochester Medical Center (URMC) in 2013 and was appointed to a second five-year term as dean in 2017. She will return to her role on the faculty as a professor of clinical nursing and pediatrics at the conclusion of the academic year.

A committee led by Eli Eliav, DMD, PhD, director of the Eastman Institute for Oral Health, is leading a national search for a new dean.