The American Academy of Nursing (Academy) announced that it has selected Meghan Underhill-Blazey, PhD, APRN, assistant professor at the University of Rochester School of Nursing, into its 2021 Class of Fellows.

Underhill-Blazey joins the Academy among 225 distinguished nurses, representing 38 states and 17 countries. Underhill-Blazey is one of 13 Fellows selected from New York State.

The Academy is composed of more than 2,900 nursing leaders who are experts in policy, research, administration, practice, and academia who champion health and wellness, locally and globally.

In addition to her appointment at the UR School of Nursing, Underhill-Blazey is a member of Cancer Control and Prevention at the Wilmot Cancer Institute and a nurse practitioner in the hereditary cancer program. She has dedicated her career to understanding and improving care for individuals and families living with inherited cancer risk. 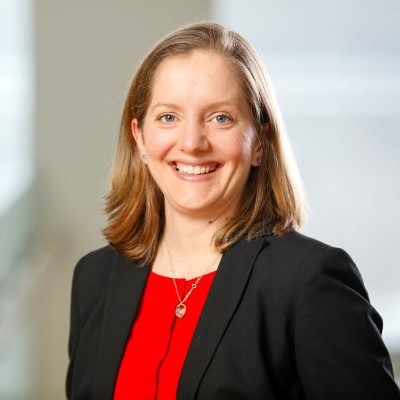 Underhill-Blazey has widely disseminated research findings both through publications and presentations and has served as the nurse scientist on multidisciplinary teams. In addition to clinical practice, research, and mentorship, Underhill-Blazey has worked in multiple capacities as an oncology nursing science leader both locally and nationally within the Oncology Nursing Society. Based on her research impact and leadership she was awarded the Oncology Nursing Society Victoria Mock New Investigator Award in 2018.

The Academy's Fellow Selection Committee reviews hundreds of applications each year and selects applicants based on their contributions to advance the public’s health. Induction into the Academy is a significant milestone in a nurse leader’s career, in which their accomplishments are revered by their colleagues within and outside the profession.

“It is such a privilege to be inducted as a Fellow alongside such distinguished nursing colleagues and I am humbled by the recognition. I am particularly grateful to the sponsors, Drs. Donna Berry and Anne Gross, who supported my application as well as the support from my UR colleagues“, said Underhill-Blazey, “I look forward to transforming health care delivery and improving health outcomes as a member of this distinguished institution, and for the opportunity to serve nursing in a greater capacity.”

Underhill-Blazey, and the recent inductees, will be recognized at the Academy’s annual Health Policy Conference, starting Oct. 9.