Wharton Named President-Elect of ANAC’s Board of Directors

Mitchell J. Wharton, PhD, RN, FNP-BC, CNS, ACRN, University of Rochester School of Nursing’s associate dean for equity and inclusion, was named President-Elect of the Association of Nurses in AIDS Care (ANAC) Board of Directors.

ANAC’s annual conference in November marks the time of transition for the Board of Directors. Wharton, who had previously served as treasurer of the board, will serve as president-elect until November 2023 and then as president for two years. 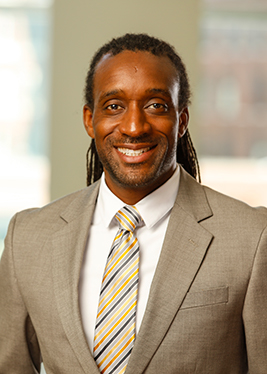 Wharton is a member of ANAC’s Diversity Committee, whose mission is to address cultural and ethnic diversity in HIV/AIDS disease, treatment, and care and implement ANAC's core values of advocacy, collaboration, diversity, knowledge, and support while embracing cultural diversity and cultural competency.

In October, Wharton served as a guest editor of a special edition of the Journal of the Association of Nurses in AIDS Care. The issue focused on racism, discrimination, and health inequities associated with HIV and sexual and gender diversity. Wharton co-authored an editorial for the issue titled, “The More Things Change, the More Things Remain the Same: It’s time to dismantle structural inequalities of racism, discrimination, and health disparities.”

“Over the years ANAC has been a source of guidance and empowerment for making substantive changes in my life, the lives of my patients, students, research participants, and throughout the communities I represent. I wish to serve as a president-elect to further carry out the mission of ANAC by working to ensure the organization remains at the forefront of educating and empowering health professionals for the prevention and treatment of HIV/AIDS and co-morbid conditions,” said Wharton, who has been a member of ANAC since 2004.