One year ago, 61 students came from all over the country and other parts of the world to live in Rochester. They brought with them varied backgrounds — accomplished careers in fields like film production and law, and advanced degrees in everything from political science to nutrition. The youngest was 21; the oldest, 52.
At first glance, they don’t seem to have much in common. But they all came to Rochester for the same reason: to become a nurse and make a difference in the lives of others.

On Thursday, Dec. 15 those 61 students accomplished what they set out to do. One by one, they walked across the stage, received a diploma and a pin, and were welcomed into the nursing profession. 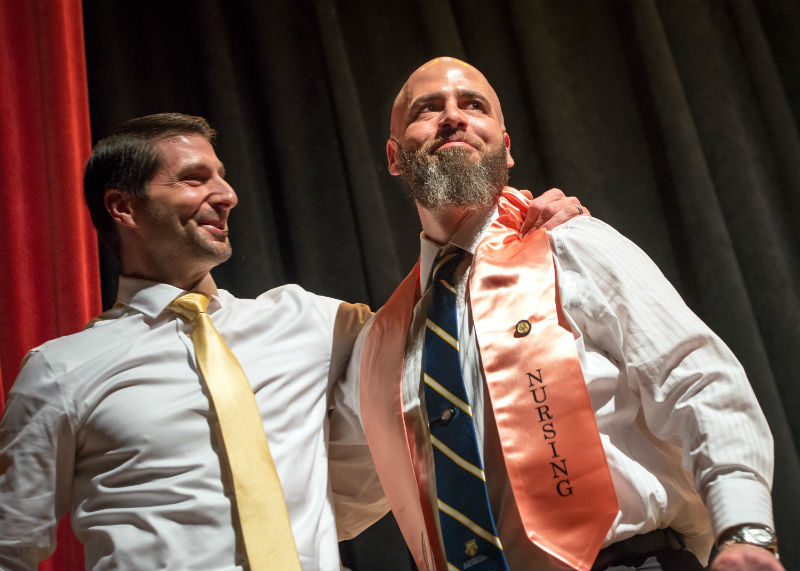 The emotional pinning ceremony is a time-honored tradition at nursing schools that dates back to the 1800s, and it symbolizes the graduates’ accomplishments and the beginning of their careers. At the UR School of Nursing, the ceremony marks the end of an intense year of professional preparation for the graduates, who have now completed the school’s Accelerated Bachelor's Program for Non-Nurses.

Dean Kathy Rideout, EdD, PPCNP-BC, FNAP kicked off the event by sharing her own story from her days as a new nurse and offered her advice to the graduating class.

“As you all begin your careers in nursing — which I still believe is the best profession in the world — my hope for you is that you always maintain a healthy perspective, be grateful for all the patients and their families for whom you care, be open to what they will teach you, and remember that they will be the greatest gift you will ever receive,” said Rideout.

Graduating student Laura Callens, who decided to embark on a second career in nursing after her husband passed away following a battle with cancer, was chosen by her classmates to speak at the ceremony. During her remarks, Callens talked about how her husband’s nurses helped inspire her to consider a career in the field.

“Eddy’s nurse was my lifeline, she was my connection to solid ground when I felt like I was standing on shifting sand. Little did I know that twelve years later, I would be here, in this moment,” she said. “What I learned from my experiences during the last few years of Eddy’s life will allow me to be a lifeline for others on their darkest day.” 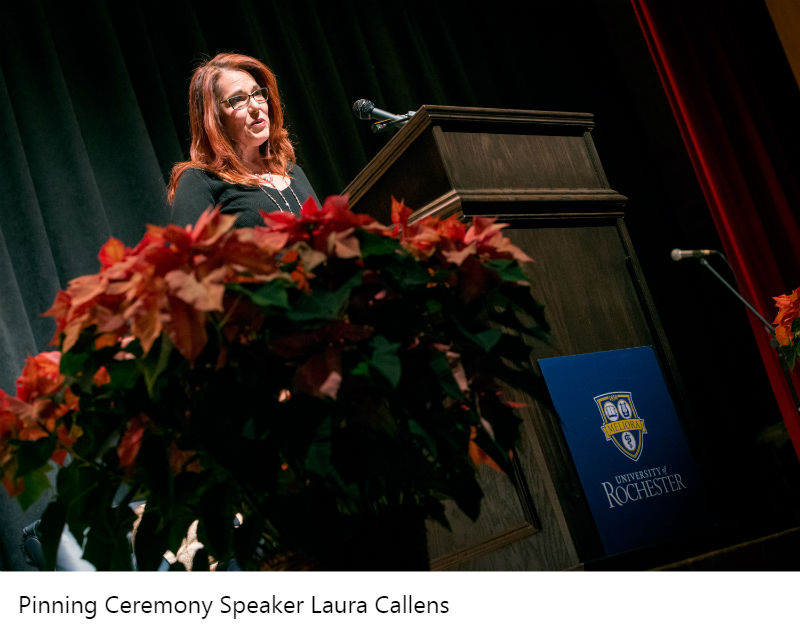 As they walked onstage, each graduate handed off an index card filled with their reflections on the program to be read aloud as they were pinned by a close family member, friend or mentor. Some notes were joyous and funny; others were moving tributes to those who inspired them. Nearly all expressed deep gratitude for all those that helped propel them into their newfound profession.

Although the graduates must still take and pass the national licensing exam (NCLEX), many of them have already accepted jobs. Some will return to their home states and countries to explore work opportunities, while others plan on staying in Rochester.

As for Callens, she’ll begin work as a neurosurgical nurse at Strong Memorial Hospital, where she’ll work alongside the nurses who cared for her husband during his battle with cancer. She fell in love with the field during her first clinical rotation of nursing school, despite her worries that the work would be too emotionally challenging. 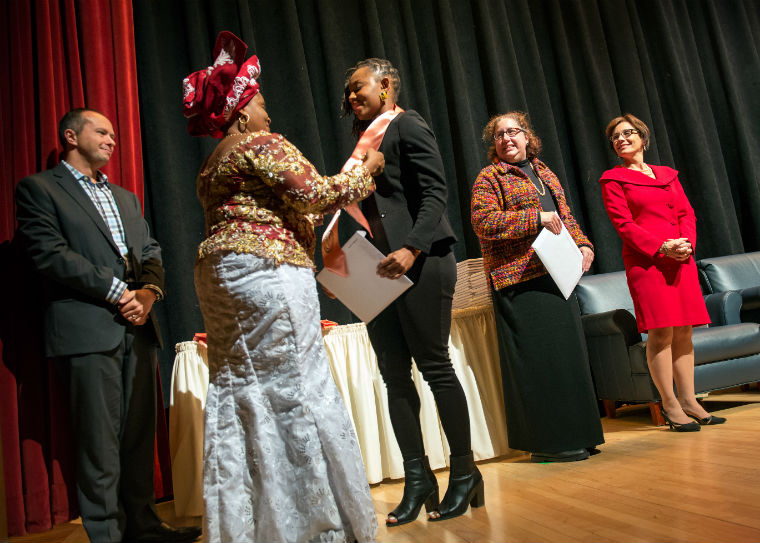