Meliora Weekend Brings Together UR School of Nursing Alumni, Friends

Alumni from the classes of 1946 through 2011 gathered at the school to reunite and reminisce during Meliora Weekend, held Oct. 5-9. 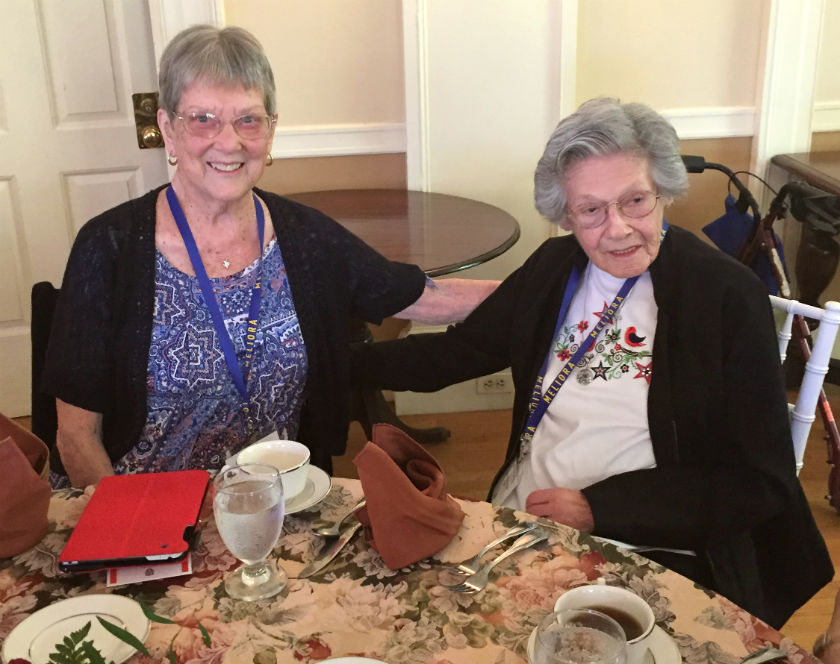 While younger alumni discussed their children and careers, others — like Rosalyn Schreiber Libglid ’46N, and Doris Nelson Cooper ’46N — talked about what it was like to live at Helen Wood Hall when the building still housed dorms.

“We have both tried to come back every year since we’ve graduated, even though it’s become difficult recently,” said Cooper. “We both weren’t sure if we would make it this year, but I thought, ‘I have to go! It’s our 70th reunion.’”

The weekend included the Dean’s Diamond Circle dinner, an alumni lunch in Evarts Lounge, and the Clare Dennison Lecture, presented by Cynthia A. Connolly ’87N (MS), PhD, RN, FAAN , the recipient of the 2016 Distinguished Alumna Award. Connolly began the lecture by expressing her gratitude to the school for the honor.

“It means more to me than I can say, because Rochester is where I learned how to be a nurse,” said Connolly. “The University really opened up my professional perspective and shaped my career.” 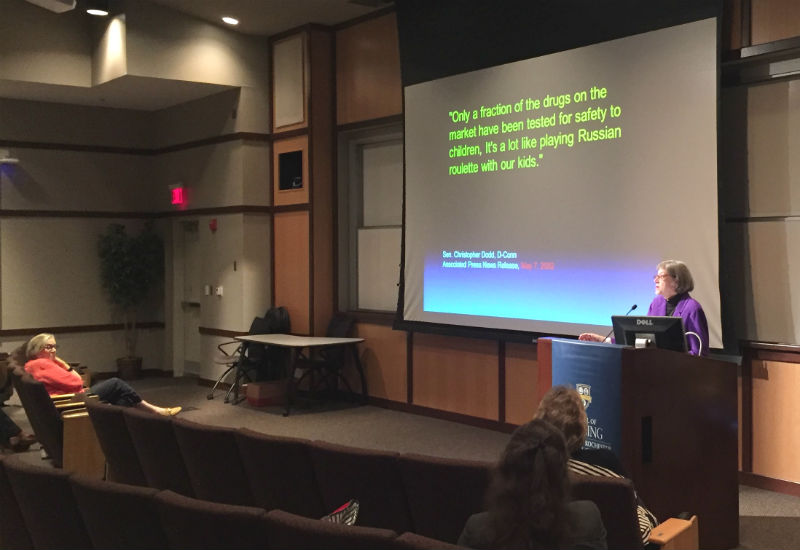 As part of the lecture, Connolly discussed her forthcoming book, No Drug Left Behind? Children, Drug Therapy, and Pharmaceutical Policy in the United States 1933-1979. This project, supported by an Investigator Award in Health Policy Research from the Robert Wood Johnson Foundation, provides a historical overview and critique of children and pharmaceuticals from World War II to the present day.

Connolly’s book will address four major health policy issues: how beliefs about children and their place in American society informed policy debates concerning pharmaceuticals for children; how stakeholders have responded to the debates about advertising, testing, and regulation of these drugs; how ideas about children’s best interests shifted over time and shaped health policy; and how politics and regulatory choices led to reforms that had both intended and unintended consequences.

“At the height of the country’s economic power and rhetoric about children’s importance, the rhetoric did not match the actions taken to protect children and their health. Why does this matter and why should we care? Even with new laws, we haven’t effectively grappled with how to balance risk and the safety of our children,” said Connolly, noting that the testing of children’s pharmaceuticals largely takes place in developing countries, and that American children benefit from such practices. “Pushing the questions of social justice down the road doesn’t make them go away — they will come back, again and again.”

The event also included the presentation of a scholarship award, established by the class of 1959 in memory of their deceased classmates. 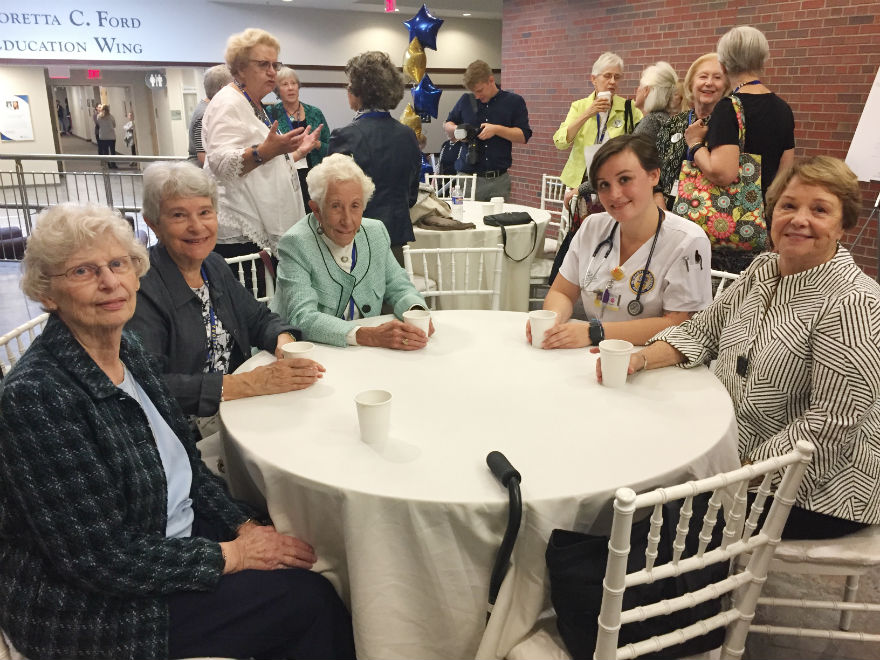 The award was presented to Katarina Tripodi, a student in the accelerated baccalaureate program for non-nurses. Tripodi, who has served as a reserve in the Marine Corps, graduated from Rochester Institute of Technology in 2015 with her degree in biomedical sciences before entering the program at the School of Nursing.

“Kat has overcome many challenges to be where she is today,” said Connie Leary ’59N, who presented the award. “This is one of a few scholarships that will not only fund her education, but also gives her some money that she can use in whatever way she wishes. I encourage other classes to use this scholarship as a model and give back to our current students.”