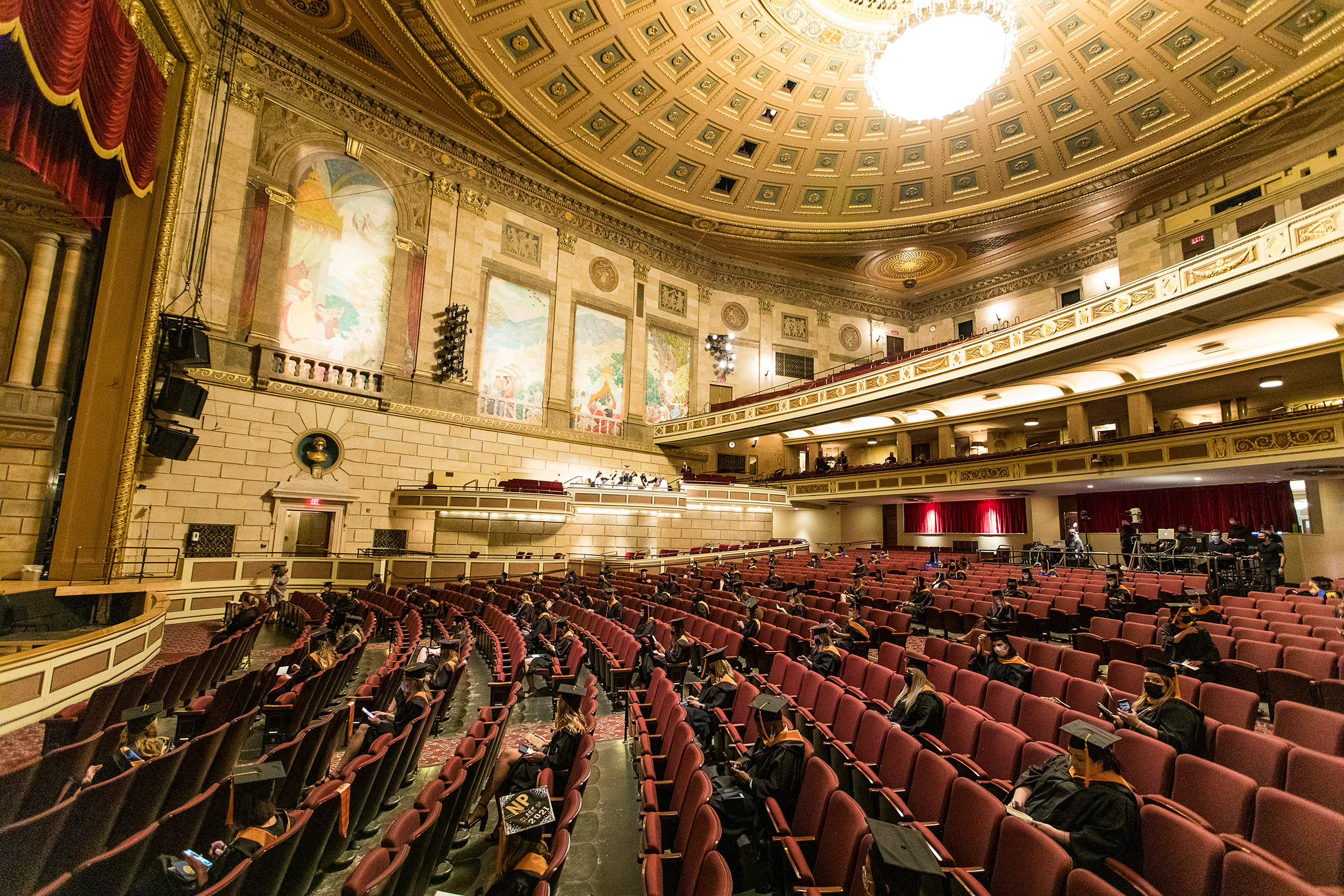 Rochester Mayor Malik Evans will be the keynote speaker at the University of Rochester School of Nursing diploma ceremony on Saturday, May 14 at Kodak Hall in Eastman Theatre.

More than 380 students across the school’s bachelor’s, master’s, and doctoral programs will be honored at the ceremony, which kicks off at noon. A University-wide Commencement ceremony will be held a day earlier, on May 13 at 11 a.m. at Fauver Stadium on the River Campus, where all academic degrees will be conferred. A doctoral student ceremony will follow Friday afternoon at 4 p.m. at Eastman Theatre. All of the ceremonies will be broadcast live on the School of Nursing website.

The 71st mayor of Rochester, Evans was born and raised in the city and earned his bachelor’s degree from the University of Rochester. His career in elected office began at age 23, when he became the youngest person ever elected to the Rochester Board of Education. He served in that role until 2017, including a stint as president from 2008 to 2013. He was elected to the Rochester City Council in 2017 and after winning the mayoral election in 2021, was inaugurated as the leader of the city’s executive branch on Jan. 1, 2022.

Prior to becoming mayor, Evans worked as an officer in the banking industry for more than 20 years.