UR Nursing Alumna Reflects on Career in Infection Prevention

Generations after her grandfather adopted a pseudonym to enroll in nursing school, Ann Marie Pettis has made a name for herself as an expert in infection prevention

A quick glimpse at her CV and it may seem hard to believe that Ann Marie Pettis, ’81N, fell into a career in infection prevention.

The director of ambulatory infection prevention at Highland Hospital, she is a fellow and president of the Association for Professionals in Infection Control and Epidemiology (APIC), and a founding member of the organization's local Finger Lakes chapter. She has been published in a variety of peer review and trade journals and has spoken extensively about infection prevention and control at local, state, national, and international venues over the past 35 years.

During the pandemic, Pettis has overseen the COVID-19 prevention and control operations across Highland’s 29 outpatient locations throughout Western New York. 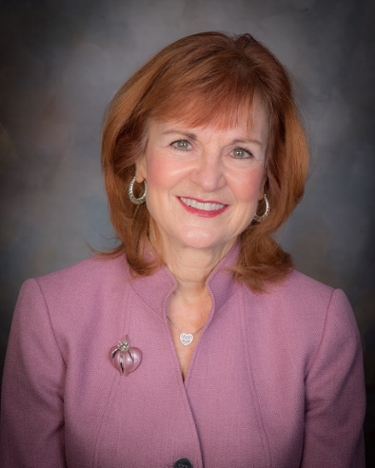 But back in the mid-1980s, she was a head nurse at Strong Memorial Hospital’s nursery when an outbreak of staphylococcus aureus struck that unexpectedly sent her down a new career path. The bacteria is considered to be the most dangerous of the many common staphylococcal bacteria, often causing skin infections, but it can cause more serious problems such as pneumonia, bone infections, or even heart valve infections. The outbreak required Pettis to work closely with Strong’s infection prevention team, and she quickly built a strong rapport with them. So strong that when an opportunity came to join their team, she jumped at the chance.

While Pettis may not have always known that she would end up specializing in infection prevention, nursing was always in her DNA. A native of Rochester, her love of nursing grew from two grandparents who were nurses. She was particularly inspired by her grandfather, Frank. An immigrant from Italy and the oldest of 14 children, he had always aspired to be a nurse but feared that his ethnic-sounding surname would prove to be an unsurmountable obstacle to nursing school admission. So, he ran away from his family’s farm in Clyde, NY, and enrolled under a pseudonym. He would go on to work for many years as an ambulance attendant and the nurse consultant for the Rochester Fire Department, where he was known as “Doc Pettis” and earned local legend status.

Seeing the impact her grandfather had in the community inspired Pettis to follow him into nursing. After graduating from SUNY Upstate Medical Center in Syracuse, she worked at St. Mary’s Medical Campus before landing at Strong and continuing her education at the UR School of Nursing under another legend, Loretta Ford, EdD, RN, PNP, NP-C, CRNP, FAAN, FAANP. 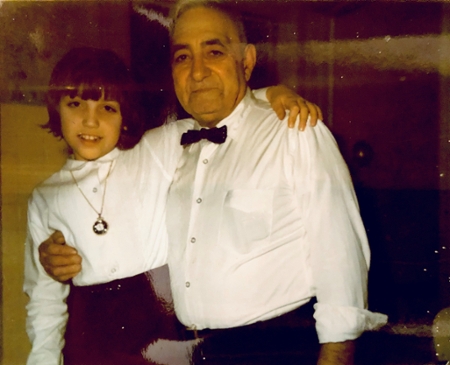 Pettis earned her certification in infection control in 1986, leading to positions as the director of infection prevention for both Highland Hospital and the University of Rochester Medical Center. She also became heavily involved in APIC at both the local and national level. She was sitting in the front row of an APIC conference in 2009, when an official from the Centers for Disease Control and Prevention took center stage with an urgent request from the Canadian Ministry of Public Health. Infection control practitioners and epidemiologists were needed in Toronto to assist with the battle against SARS-1. Her hand shot up, and before she knew it, her bags were packed, and she was leaving behind her husband and four children.

Pettis arrived at the “ground zero” hospital where the first SARS-1 case in Canada occurred. She saw an unnerving sight, but one that would become all too familiar in the coming years—people, including staff, masked and in line to receive a temperature check before entering the hospital. She also learned that the hospital’s director of infection prevention had just went on leave, meaning she would now oversee surveillance of health care associated infections, evaluate isolation precautions for SARS-1 patients, and serve as the hospital liaison to the health ministry of Toronto.

The majority of SARS-1 cases afflicted health care workers, a fact many believe stemmed from improper donning and doffing of personal protective equipment (PPE). Pettis was there when the first health care worker died from SARS-1. Many others would follow.

“That was the biggest challenge and fear-generating issue for health care workers,” said Pettis. “Infection preventionists were frustrated since our number one goal is to keep patients and staff safe from infection. We felt helpless.”

After several weeks, Pettis returned home, but she felt compelled to turn her experience in Canada into a cautionary tale. She penned an editorial warning readers that the United States would not be ready for a similar crisis. The country’s health care infrastructure was already stretched too thin and more nurses and infection control practitioners were needed.

“My hope is that we in the U.S. do not keep blinders on thinking that this or something worse can’t happen to us,” she wrote.

SARS-1 introduced a “new normal” including respiratory etiquette and an emphasis on not going to work when sick. The Ebola threat several years later sparked a mandate for maintaining a 90-day emergency preparedness supply of PPE. However, by the time SARS-2 hit, much of the PPE stockpile had expired or was inadequate.

COVID-19 highlighted and exacerbated the current shortage of nurses and health care workers, including infection preventionists, that our country faces. Pettis says it is clear that when it comes to addressing the shortage of infection prevention specialists we need to “build a bigger boat” since they are now needed in many new areas outside of health care such as the food, entertainment, sports and travel industries.

“The problem is the ‘complacency, crisis, complacency’ mindset in society in general and health care in particular,” Pettis said. “Nobody wants to spend the money when the problem seems to have gone away. We have to reconsider this model as we come out of the pandemic because we can’t afford to fall back into this mindset.”.

“People who go into health care, in general, are selfless and do it for the true love of people and desire to serve. I think the future can be safer and brighter than ever but we’ve got a lot of work to do to make that a reality. COVID has highlighted many shortcomings and hopefully the lessons we have learned won’t be forgotten this time.”

This article originally appeared in the 2022 Vol. 1 issue of NURSING Magazine.