UR School of Nursing Jumps into Top 25 in U.S. News Rankings 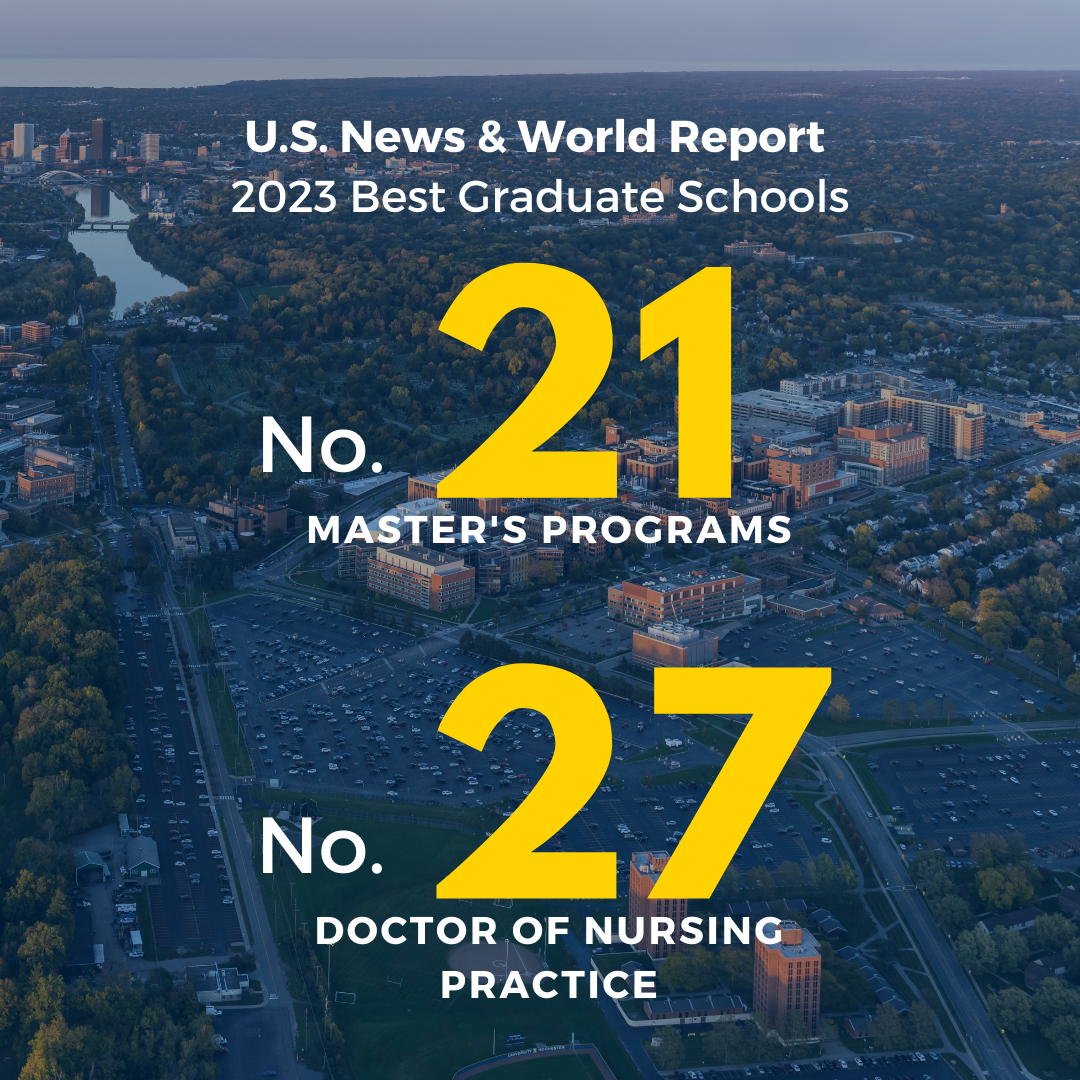 The University of Rochester School of Nursing jumped to the Top 25 of the nation’s best master’s nursing programs, climbing five places to No. 21, according to the 2023 Best Graduate Schools guide produced by U.S. News and World Report.

“I am beyond proud of the faculty, staff, and students whose efforts have helped the School of Nursing be recognized once again on a national and local level,” said Kathy Rideout, EdD, PPCNP-BC, FNAP, dean of the UR School of Nursing. “The rankings reaffirm what we already know, which is that our students are getting the best preparation for future clinical, education, and research opportunities from one of the top institutions in the country.”

U.S. News surveyed 601 nursing schools with master's or doctoral programs accredited by either the Commission on Collegiate Nursing Education or the Accreditation Commission for Education in Nursing. In total, 254 nursing programs responded to the U.S. News nursing statistical data collection survey sent in fall 2021 and early 2022.

From this data collection, U.S. News calculated the master’s and DNP rankings based on several factors, including research productively, faculty preparation and national recognition, , student excellence and qualitative ratings from colleagues.

Additional information on the nursing program rankings can be found at www.usnews.com.