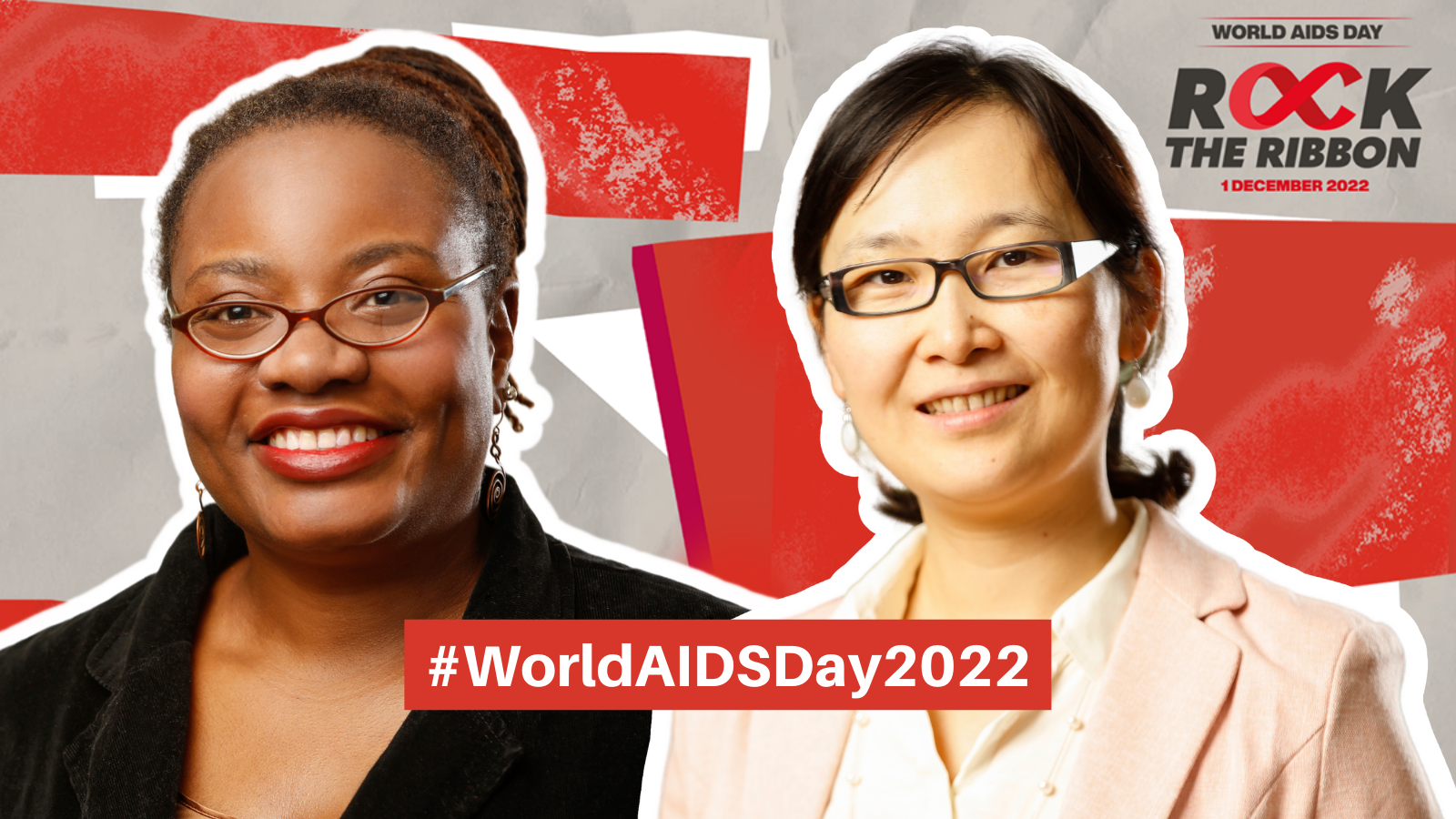 HIV/AIDS care and research have come a long way since the first case of the virus was detected in 1981. However, the work is far from done.

The University of Rochester School of Nursing’s Interdisciplinary Sexual Health and HIV Research (INSHHR) group remains at the forefront of research aimed at improving sexual health and HIV-related outcomes, particularly for marginalized and vulnerable populations.

In honor of World AIDS Day, which is acknowledged worldwide on Dec. 1 every year, School of Nursing researchers are sharing their latest findings from HIV/AIDS studies.

Since its founding in 1988, World AIDS Day has encouraged people to unite in the fight against HIV, to show support for people living with HIV, and to commemorate those who have died from an AIDS-related illness.

Here are some recent updates on the School of Nursing’s HIV/AIDS research from assistant professors Natalie Leblanc and Chen Zhang.

Leblanc is the Harriet J. Kitzman Endowed Fellow in Health Disparities and the chair of the INSHHR group. She has sought to educate and engage fellow nurses, health providers and community experts on sexual health promotion. Her program of research focuses on ecological factors associated with engagement across the HIV status neutral continuum. She looks at healthcare provider perpespective and practice in facilitating the uptake of HIV prevention and care interventions, including pre-exposure prophylaxis for HIV prevention (PrEP), HIV/STI screenings, and anti-retroviral treatment for people living with HIV. She is also interested in the threats to sexual health among marginalized and minoritized communities, and to acknowledge assets among these groups to achieve sexual health and wellness inclusive of HIV prevention and control, namely in the context of interpersonal experiences (providers and patients, couples and partners, relationship and sexual agreements).

What is something important you have learned about HIV/AIDS through your research interests?

Regardless of sexual orientation, behavior or other gender and sex-based identities, it’s ecological vulnerabilities that increases HIV susceptibility for Black and Indigenous populations in the United States.
There is also a need for nursing and medical school (and other health service training) curriculums care to include comprehensive and expansive sexual health and wellness, in tandem with intentional anti-racism (particularly, Indigenous and Black-focused) and health equity content in order for HIV prevention and care interventions to be optimized.

The sexual repertoire of human beings is also expansive. It has been for thousands of years and continues to be, across genders, behaviors and sexual orientations. This needs to be accounted for in HIV and sexual health and wellness research.

What can you tell us about HIV/AIDS research that might affect readers in the state of New York, or in the Western New York region?

Qualitative research has found that:

U=U is a concept that embodies what we know about anti-retrovirals for HIV treatment: HIV medications for those living with HIV infection have developed to be so effective that when people with HIV achieve and maintain an undetectable viral load (the amount of HIV in the blood), the transmission of HIV infection is almost non-existent from those living with HIV to their partner(s) who is/are not.

HIV testing and knowing one’s HIV status remains to be the entry to HIV prevention and engagement to HIV care. Just because your blood is taken at the doctor’s office, it does not mean you were tested for HIV.

And finally, because of the strides that have been made to treatment for HIV, many families and couples are living well with HIV. More info on U=U is available here.

Zhang is an assistant professor at the School of Nursing whose research is focused on PrEP (pre-exposure prophylaxis) awareness, prescription, uptake, retention, and adherence. She has extensive training in medicine, social science, and epidemiology. Since beginning her Master's of Public Health program in Texas A&M Health Science Center, Zhang has participated in several NIH-funded projects focused on behavioral and biomedical interventions among vulnerable populations.

Some of Zhang's recent published research has focused on PrEP use among women. Currently, there are two PrEP medications approved for use by women and anyone who may have receptive vaginal sex, including transgender men and nonbinary people: Truvada, a daily pill, and Apretude, a twice-a-month injection.

What is something important you have learned about HIV/AIDS through your research interests?

In recent research, we assessed the quality of patient-provider communication via the telemedicine platform, specially exploring PrEP care in primary care settings. PrEP-eligible women and providers reported pros and cons regarding their telemedicine experiences during the initial wave of COVID-19. Both groups of participants agreed that telemedicine visits were more convenient, efficient, and comfortable than in-person visits. However, without face-to-face interactions, some women felt less empathy, care, and connection with their providers during virtual visits. Health providers expressed concerns with telemedicine, including patients’ privacy, lack of intimacy between patients and providers, and delayed lab work. Data from School of Nursing researchers indicated that multi-level factors may affect telemedicine experience among PrEP-eligible women and health providers.

In another recent study, we utilized in-depth interviews to collect information about barriers and facilitators in PrEP care, and beliefs and opinions regarding sexual wellness among primary care providers and PrEP-eligible women. We identified several specific pathways between communication and PrEP care implementation in primary care settings, including patient knowledge, linkage to care, therapeutic alliance, and decision-making on PrEP care. A paradox regarding who should initiate the discussion regarding the sexual history and PrEP care was identified: Patients considered that initiation of the topics regarding sexual wellness and PrEP eligibility screening should be the primary care provider’s responsibility, and vice versa.

Read more about the School of Nursing’s latest HIV/AIDS research by visiting the INSHHR team’s website.