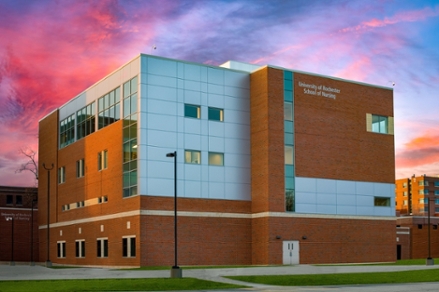 The University of Rochester School of Nursing unveiled a state-of-the-art $15 million addition to Helen Wood Hall today that will transform nursing education for generations of future health care providers.

The three-story, 26,000-square-foot vertical expansion above the Loretta Ford Education Wing, was designed to meet the increasing need for technologically advanced and synergistic learning opportunities while accommodating the school’s continued growth.

The expansion includes dozens of dynamic and flexible spaces optimized for collaborative and active learning. Among them: a 20-bed skills lab furnished with the same equipment students will find in a hospital setting, four simulation labs with high-fidelity human simulation mannequins, two extended reality rooms featuring alternate and virtual reality technology, customizable experiential and clinical learning rooms, and expanded student lounge and study spaces. The new addition provides students with more opportunities to collaborate in small- and large-group settings, as well as simulate clinical experiences and apply their knowledge in a low-stakes, high-impact learning environment. 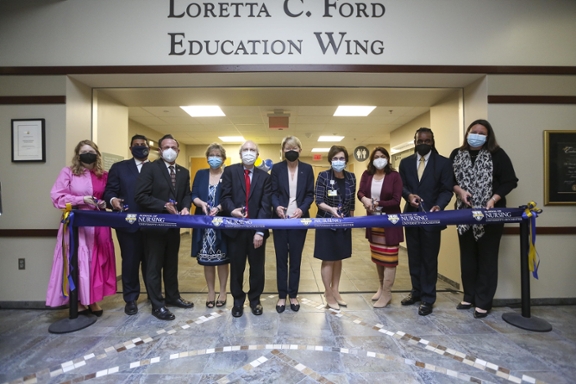 “Today is a momentous day. Not only is it the start of National Nurses Week recognizing, acknowledging, and thanking nurses for the work they do for others, it’s also a day that we add brick-and-mortar to the University of Rochester’s School of Nursing,” said President Mangelsdorf. “This new facility will serve as a hub for experiential learning and simulation – the cornerstones of the school’s innovative approach to educating the nurses of tomorrow.” 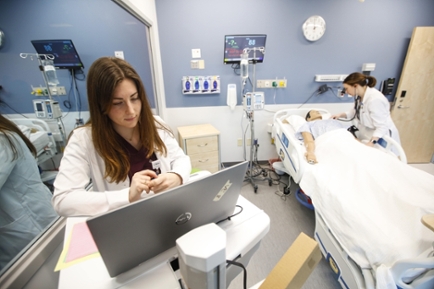 “This new addition is the physical embodiment of our educational philosophy and commitment to preparing the future health care workforce with the critical thinking and clinical judgment skills necessary for a complex and rapidly evolving health care environment,” said Rideout. “I’m extremely grateful for the donors and countless faculty, staff, students, University administrators and elected officials who helped to make this expansion project a reality.”

Built in 1925, Helen Wood Hall is the original home of the University of Rochester's nursing program. The building served as a dormitory in its early years, with its residential space later converted to classrooms, clinical learning spaces, and private offices. The Loretta Ford Education Wing, named for the school's founding dean and co-creator of the nurse practitioner role, was added in 2006. The UR School of Nursing has grown by more than 50 percent since 2016 with enrollment reaching an all-time high of more than 800 students in the fall semester. 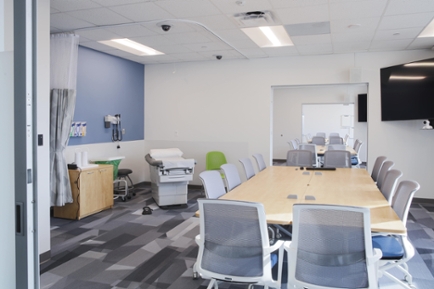 Additional details on the new spaces: