The Loretta C. Ford Fellowship was established in 1987 in honor of the School's first dean, Loretta C. Ford, RN, EdD, FAAN. Dean Emeritus Ford is internationally renowned as a practitioner, teacher, and scholar. She is the co-creator, with Henry Silver, MD, of the nurse practitioner role. She is the recipient of numerous awards and honors, including the Gustav O. Lienhard award from the Institute of Medicine, National Academy of Sciences. The fellowship is awarded each year at Convocation to a full-time student entering the PhD. program in nursing who demonstrates the highest potential for academic and professional success. The award is renewed for one additional year on evidence of progress consistent with the expectations on appointment.

The Doctoral Student Scholarly Practitioner Award, created in 1999, was renamed the Katharine Donohoe Doctoral Student Scholarly Practitioner after its first recipient. Katharine Donohoe was, at the time of her death, a doctoral candidate, and a clinician and clinical faculty member at the University of Rochester School of Nursing internationally known for her practice, research, and educational contributions to the care of patients with neurological diseases, especially multiple sclerosis. This award recognizes a doctoral student, prepared as a nurse practitioner, who has undertaken research focused on improving the well-being of the population they serve in their practice role. The student's performance will exemplify clinical excellence, outstanding scholarship, and professional leadership. This award, consisting of a recognition plaque and $200, is given annually as determined by the Doctoral Program Coordinator and the Associate Dean for Academic Affairs and is awarded at the Diploma Ceremony during commencement or at Fall Convocation.

The Jill Thayer Dissertation Award was given for the first time at the 2000 Convocation. This award is given to support dissertation research in the area of nursing practice or education as it relates to personalizing/humanizing either of those vital encounters. Proposals that have been approved by the student's doctoral committee will be eligible for review. Eligible applicants include doctoral candidates from the School of Nursing, as well as School of Nursing faculty who are pursuing their doctorates elsewhere. Calls for applications for the Award will be made annually in the Spring semester. 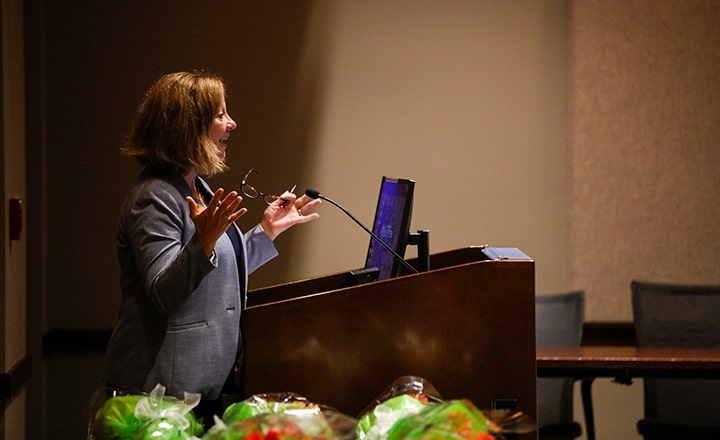